Based on an interview with John Louviere

In early May of 2002, John Louviere [Westminster, CO] and two other climbers climbed Denali unguided. They used the ICEBOX® with marvelous success. They built walls and used a tent the first night at new camps and then built igloos the next day. Everyone that was in the camps couldn’t believe how well the igloo tool worked.

Because they were climbing in early season, most of the climbers were professional guides from all over the world. Guides from France, New Zealand and the USA were all impressed with the igloo tool.

The park rangers loved the igloo tool and resulting igloos and found that the crows didn’t bother the igloo like they did the cache spots that had four feet of snow shoveled over the cache. The rangers let Johns team and other teams use the igloo as a cache.

They used their sleds and plastic bags with supplies in them to block the door and it felt toasty inside the igloo. The temperatures consistently dropped to -30f. outside but it was a balmy 15-20f. inside the igloo.

What they found interesting was the temperatures would stay cool in the igloo once the sun came up but the tents would warm up helping to dry their bags and gear out. However, the tents had a problem with frost forming on the tent walls that subsequently fell on their bags and melted when it warmed up in the tent requiring extra drying. This wasn’t a problem in the igloo though as the moisture that condensed on the igloo walls didn’t fall on the gear.

Because it didn’t warm up in the igloos in the morning, John slept in the igloos but the other two on his team used tents. If it had been stormy and windy they would have used the igloos also to avoid the way a tent flaps in the wind but John considered the igloo perfect in that respect.

On their return trip to 11.000 foot, two weeks later, they cleaned out the cache from the igloo and had a line of people waiting to get into the igloo to get out of the sun and heat of the day. A lot of people at the 11,000 foot camp were looking like lobsters with all the exceptionally sunny weather they had been getting. It was so warm that peoples tents were hot and staying in them, to stay out of the sun, made their sunburn feel that much worse.

In the camps at night they would have company from all over the world come to visit. At one point they had eleven people sitting inside the 11 foot igloo at 14,000 ft.

John slept in the igloos when they were in those camps and he feels that sleeping good along with other things made his summit day very easy. He felt as if he was hiking one of the Fourteeners here in CO with not being tired, not feeling sick and didn’t feel the altitude.
John also pointed out that other than the wind making tents flap the snow also gets squeaky when the temperatures drop at night and people walk around in the cold snow, he didn’t hear any of this and slept very well.

The chimney/vestibule used on the 14,000 foot igloo worked very well for starting their white gas stove in and cooking in, at night they would leave the stove in the vestibule and just plug the hole to the inside with stuff sacks. 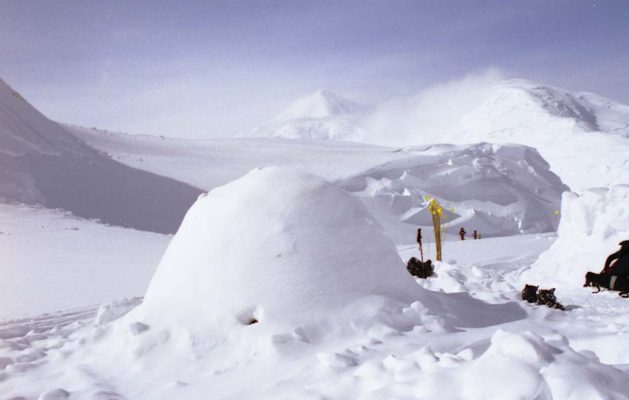 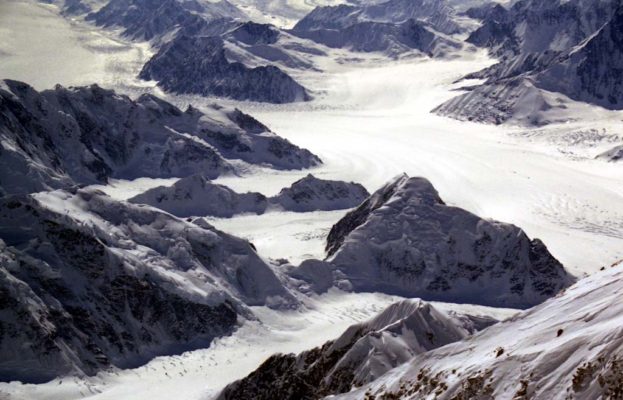 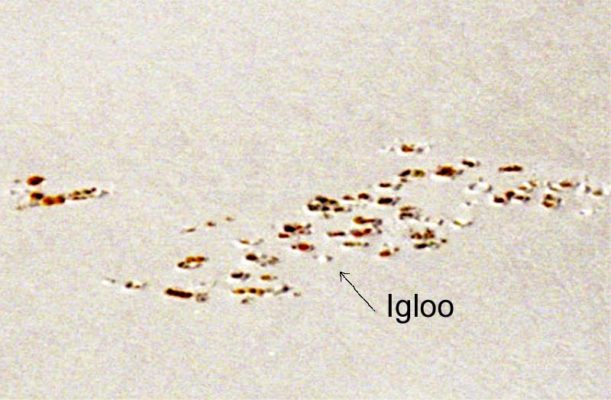 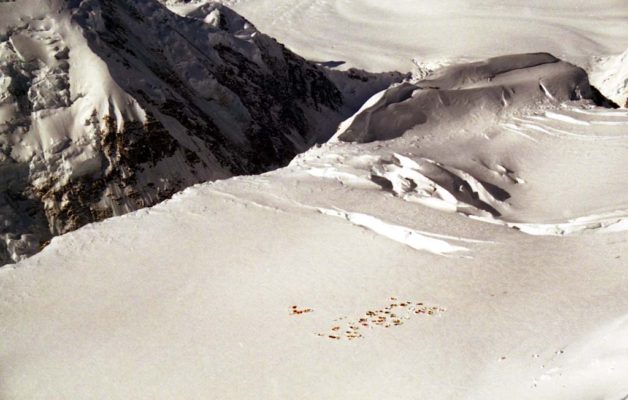 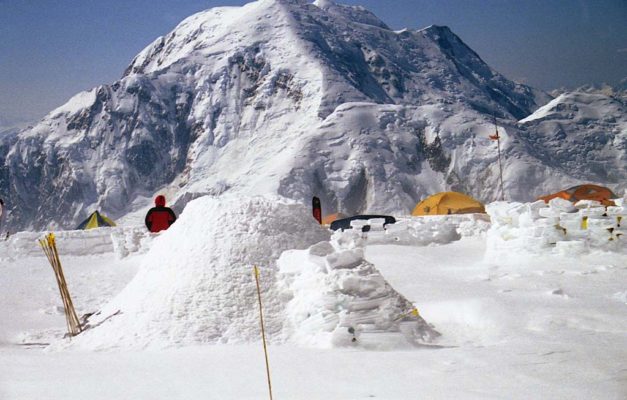 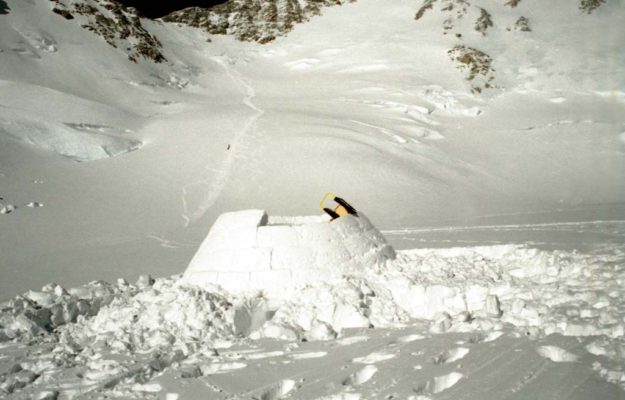 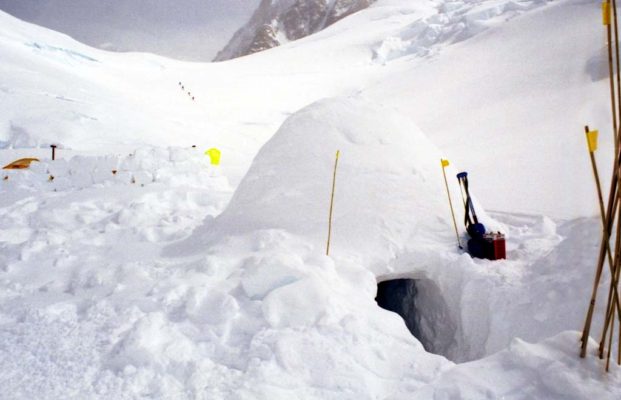