It has been years since I've taken backcountry skiing seriously as I've been lacking in the gear section since my old Merrel leather double boots saw their last days back in 1997.
I had skied on metal edged double camber skis until that time and when I replaced my boots, I also upgraded to a nice pair of telemark skis. The trouble was, the boots... I've had a hard time getting my boots to fit properly and am finally getting them to fit good.
I've enjoyed the years of snowshoeing, coupled in with the occasional ski, because snowshoeing is a worthy skill to possess. Snowshoeing has taught me just a bit more about snow conditions with the ability to go strait down very steep slopes without the hazard of running into a tree at breakneck ski speeds. It has also made it possible to travel in terrain way to steep and thickly wooded, for the mere mortal skier that I am, enabling me to know the terrain in such great detail that I can now link up any variance of routes leading the days destination.
Well, I can't tell you how happy I am to be back on skis again, today was nearly exciting, even with the horrible snow base we have and the pittance of four inches of fresh we've received since last weekend. The base is *just* there now and it will only get better with this weekends predicted snows plus the Storms Of February yet to come.
There are still the pockets of depth hoar to be found in the backcountry but I've traveled most of my winter routes via snowshoes already and the base is great in those areas. Even where I haven't broken my routes, where my winter routes go because of the snow depth, snow has drifted over the depth hoar base and it is quite solid.
Overall, today's ski was great with my gear finally working good enough to handle the relatively heavy snow and steep terrain. Yep, what a blast.
We skied up to a rock overlooking Loch Vale in RMNP and took lunch at 10,290 ft. elevation before skiing back down today.
Here's ski bud, Wayne, putting his stirrups on before heading back down: 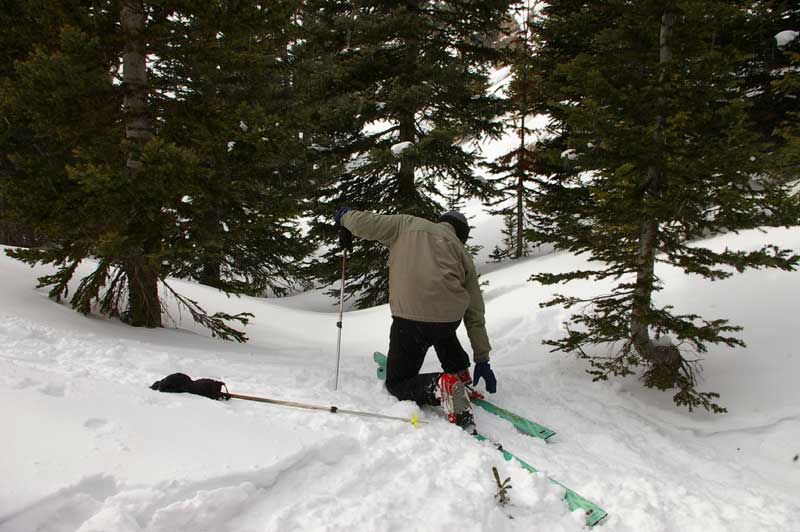 Here he is shaking the snow off his pannier: 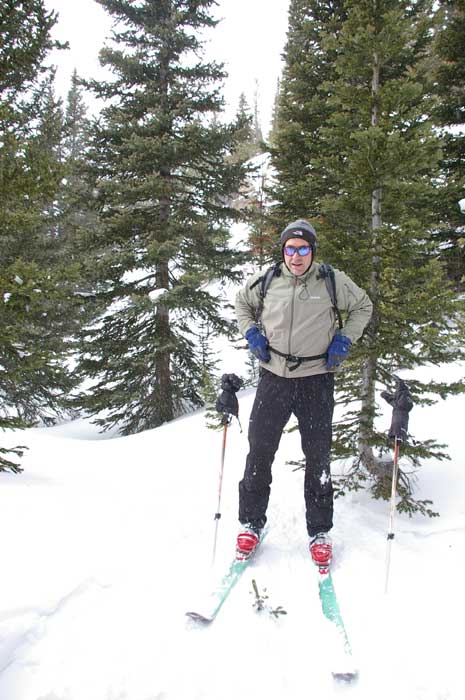 Here's looking down the beckoning slope that we skied down from our lunch spot: 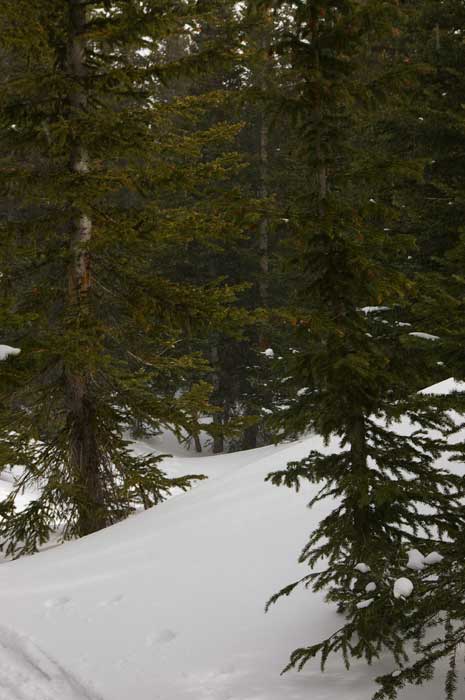